Mina Chow FAIA, NCARB is an interdisciplinary licensed architect, filmmaker, Adjunct Assoc. Professor at the USC School of Architecture and Faculty Fellow at the USC Center on Public Diplomacy. Her original media and projects influence public perception about the fundamental nature of the design.  She expands public awareness of architecture by con­necting it to distinct ideas in civilization. Her documentary “FACE OF A NATION: What Happened to the World’s Fair?” connects the erosion of the American image to its deteriorating representation at World’s Fairs.  It began broadcasting on PBS stations nationally in January 2022.

Select awards include the Peerless Award for Architectural Design at UC Berkeley. She was on the 2012 award-winning U.S. Pavilion team “Spontaneous Interventions: Design Actions for the Common Good” at the Venice Architecture Biennale; and the award-winning team for the Amerika Gedenkbibliothek International Library Design Competition. Select research and film awards include an Individual Grant for the Graham Foundation for Advanced Studies in the Fine Arts, the California Architectural Foundation, the USC Architectural Guild, several USC School of Architecture Faculty Research grants, USC US-China Institute, and the USC Ambassador’s Fund.   In 2014, she directed USC School of Architecture’s “100 Years of Architecture” film. In 2011, she also created a web pilot “BRAVE NEW WORLD” for the City of Los Angeles Mayor’s office about innovative architecture.

Click here to read an article by Mina Chow and Beverly Payeff-Masey about their experiences at Expo 2020 Dubai: Suspended in a Spectacle: Public Diplomacy at Expo 2020 Dubai (Source: The Architect’s Newspaper)

Highlights from Mina Chow at the USA Pavilion 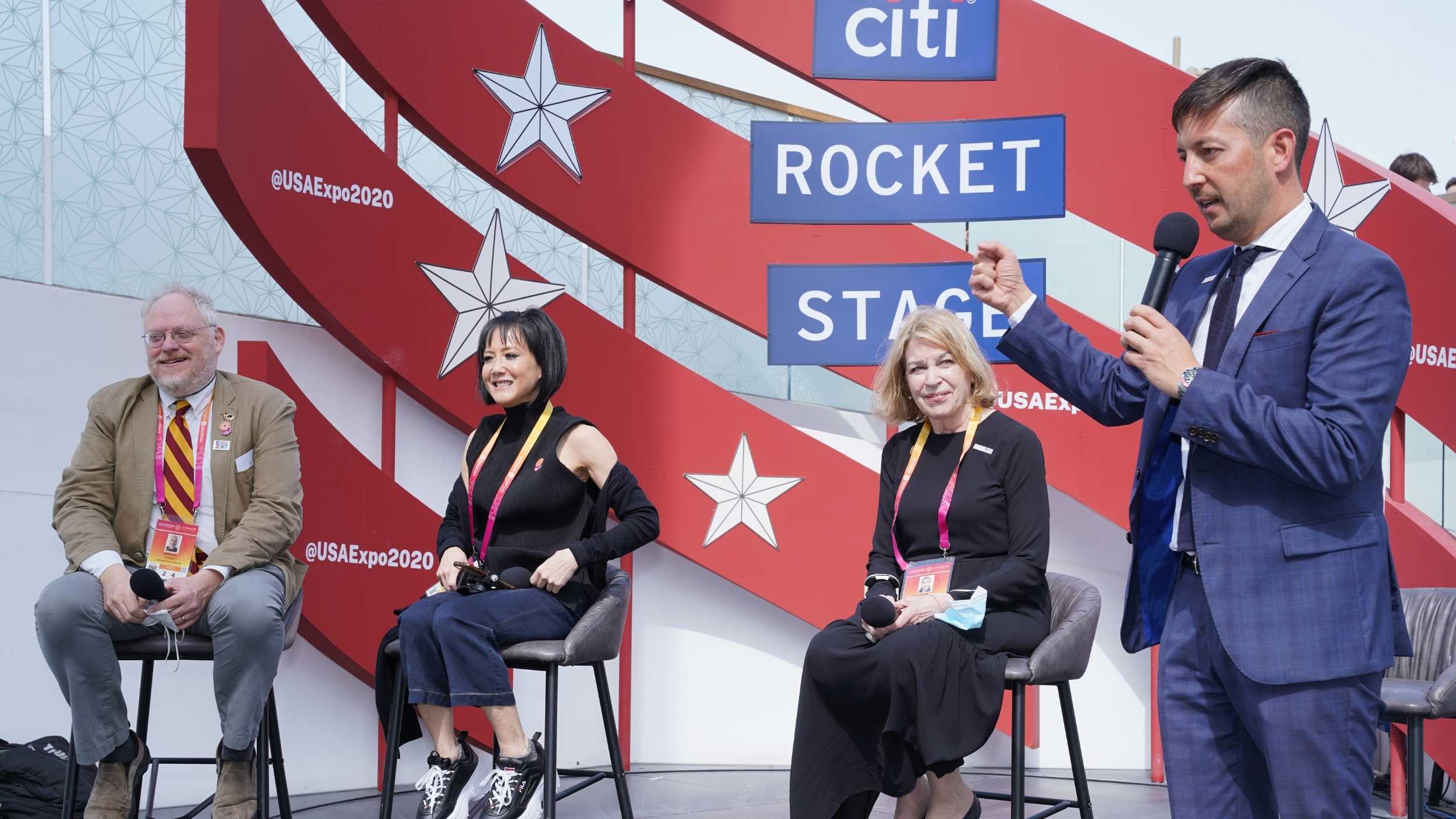 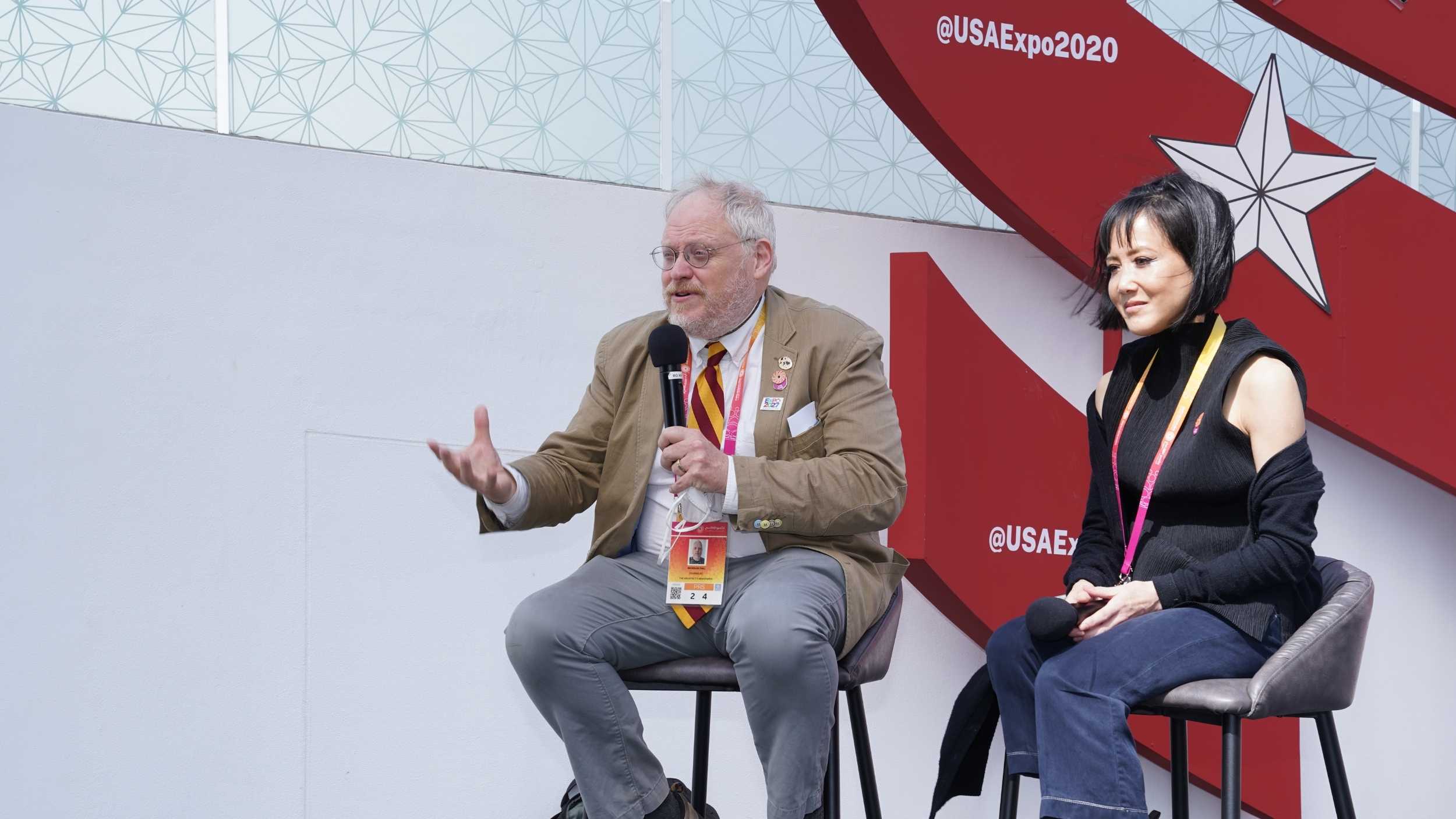 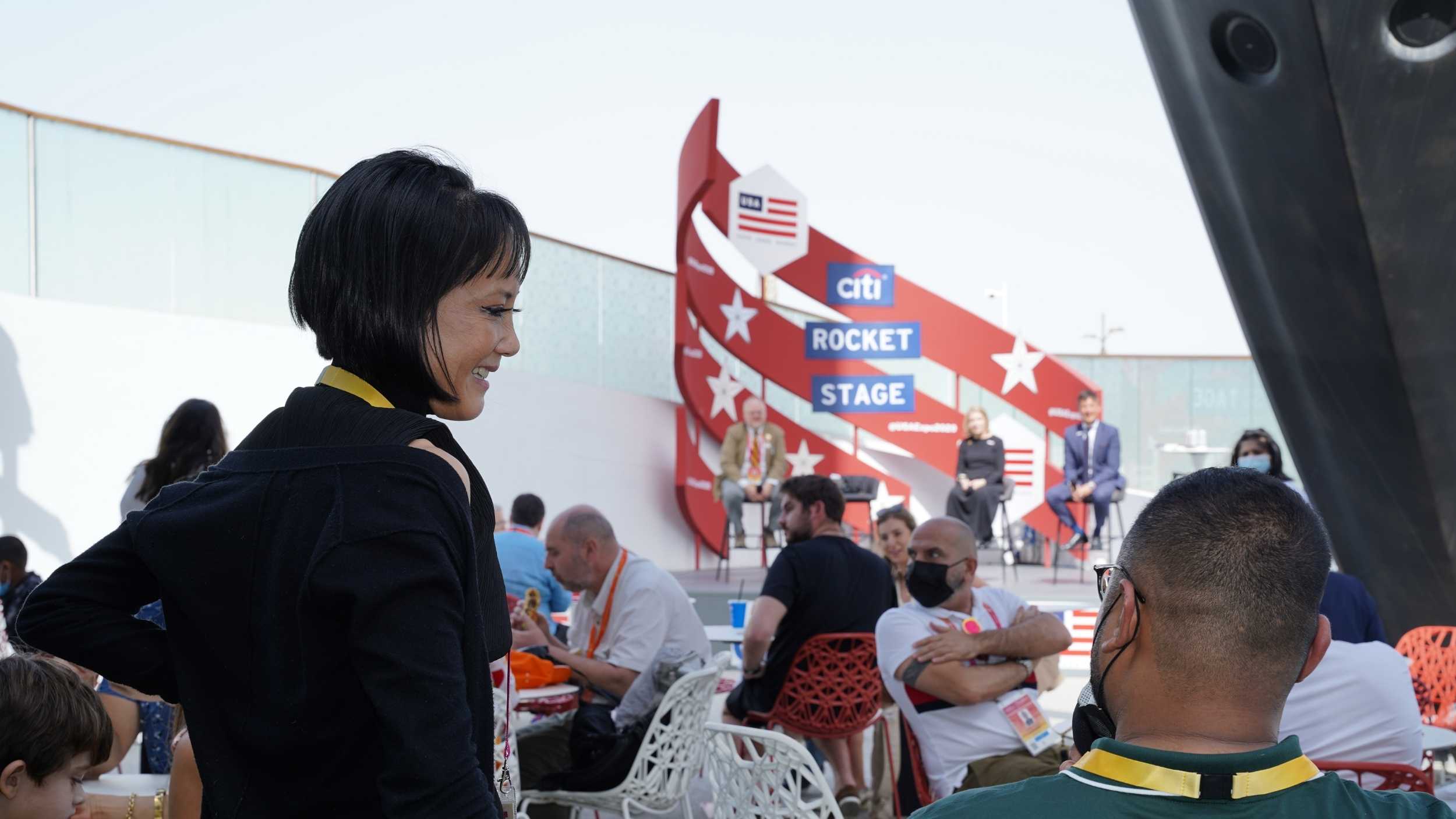 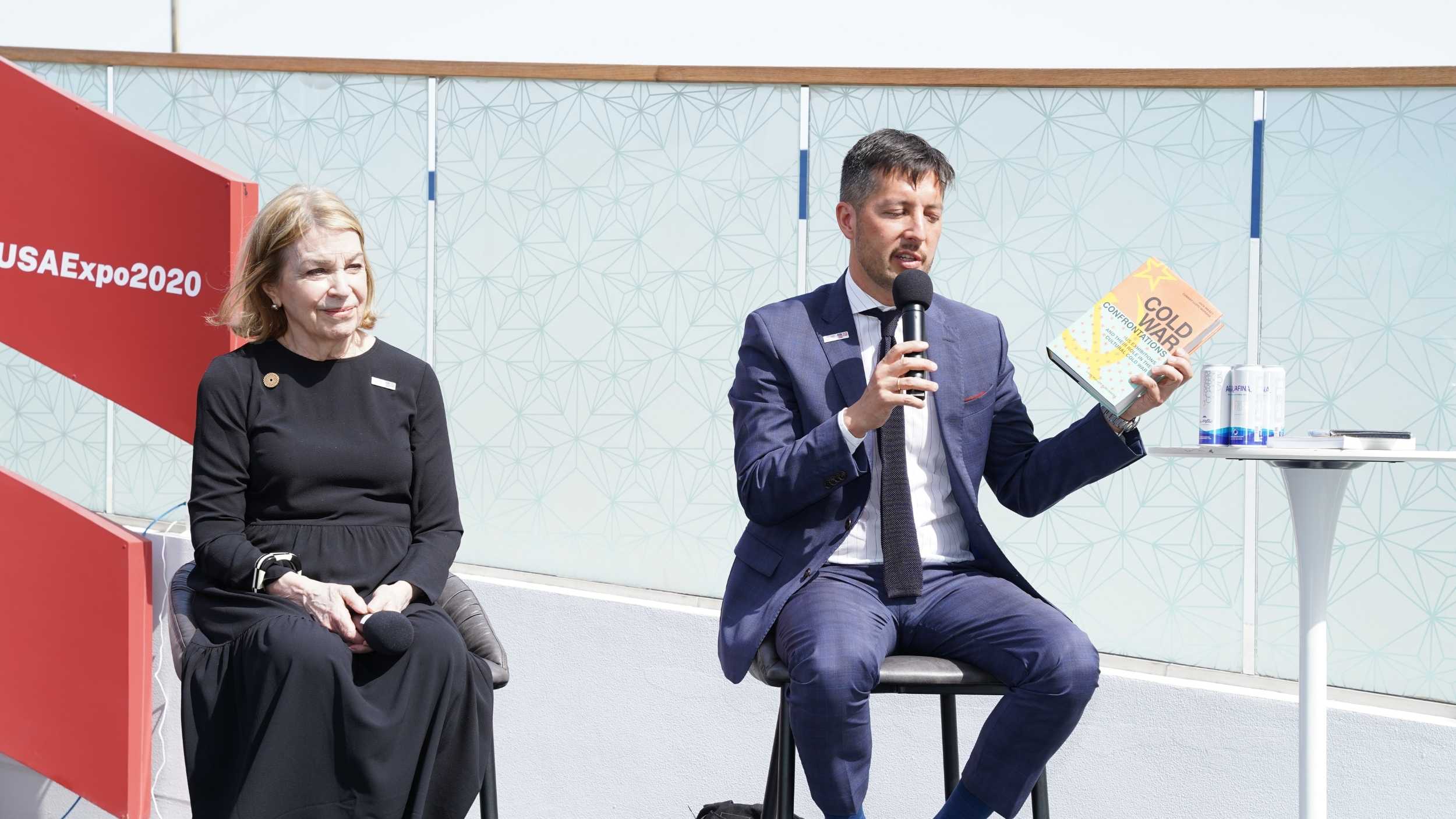 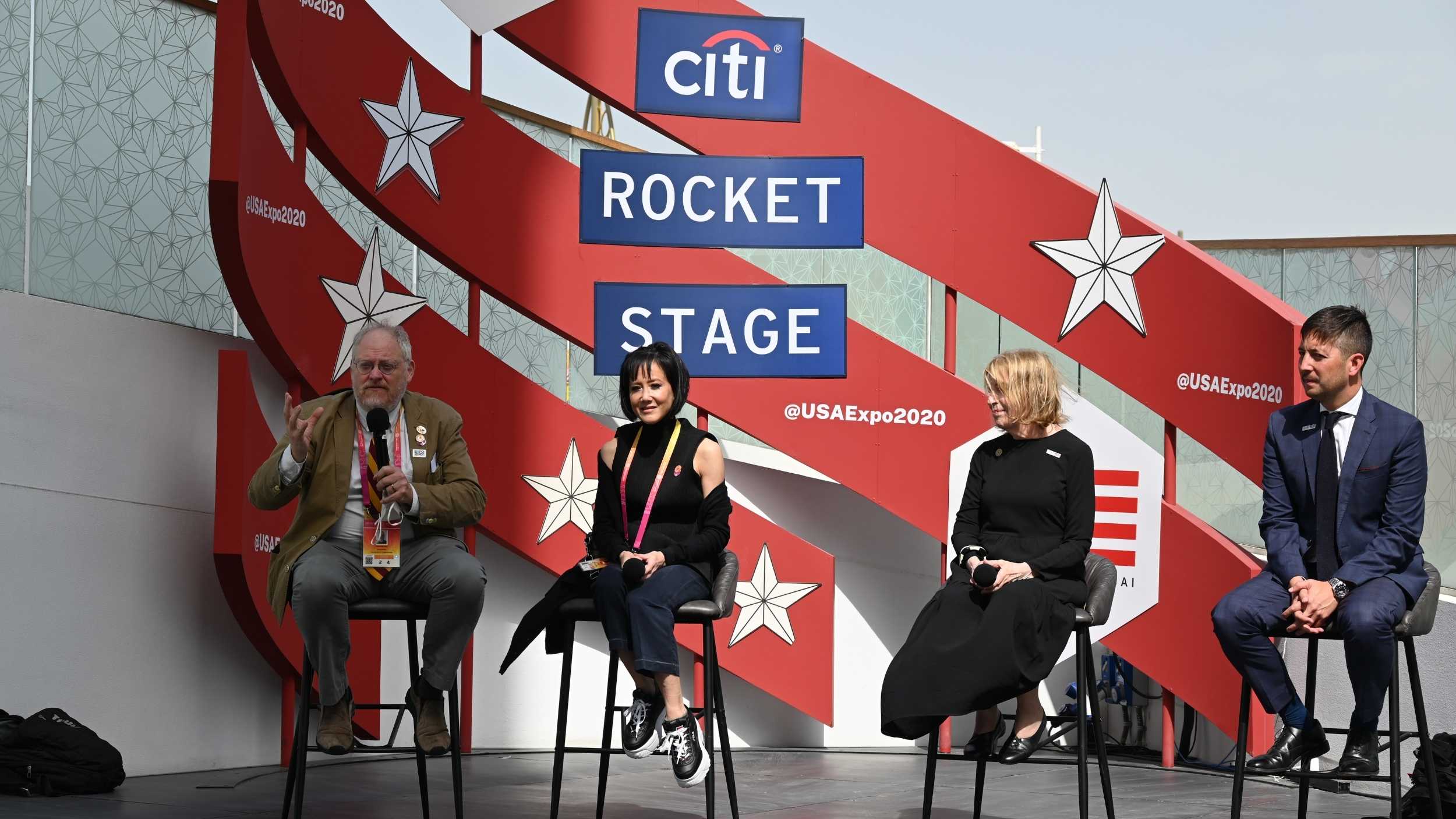