After graduating from Pennsylvania Culinary Institute in 2002, Grant helped open multiple restaurants from Saint Croix to Washington, D.C. In 2008, Grant joined the Smithsonian’s National Museum of the American Indian, Mitsitam Cafe team as sous chef, where he played a critical role in receiving the 2012 RAMMY award for Best Casual Restaurant.

In 2014, Grant was tapped as the Executive Chef of Mitsitam Café, and after two successful years, was enlisted to serve as the inaugural Executive Chef of the Smithsonian’s National Museum of African American History & Culture, Sweet Home Café.

During his tenure at Sweet Home Café, Grant received a James Beard nomination for Best New Restaurant (2017), Best American Cookbook (2019), and Best Chef: Mid-Atlantic (2019). Grant received the StarChefs Rising Star Award (2018). He was also recognized by the New York Times as one of the “16 Black Chefs Changing Food in America” (2019) and was featured in Washington Life Magazine’s “Young & the Guest List: 40 under 40” for his work at Sweet Home Café and in the community (2019).

Grant and his recipes have been featured in The Washington Post, Time Magazine, The New York Times, Washingtonian Magazine, Bon Appetit Magazine, National Geographic, and Travel and Leisure Magazine among other notable publications. He has also appeared on ABC’s The Chew and NBC’s The Today Show, as well as international television and radio shows.

Grant is an active member of his community, supporting various organizations that serve high school and culinary students. He is an avid mentor of the Careers Through Culinary Arts Program (C-CAP) and the Prostart Program with the National Restaurant Association Educational Foundation. He also works with the Brownsville Community Culinary Center in New York City to provide free vocational training to Brownsville residents and serves as a culinary diplomat abroad for the Culinary Diplomacy Project.

Highlights from Chef Jerome Grant at the USA Pavilion 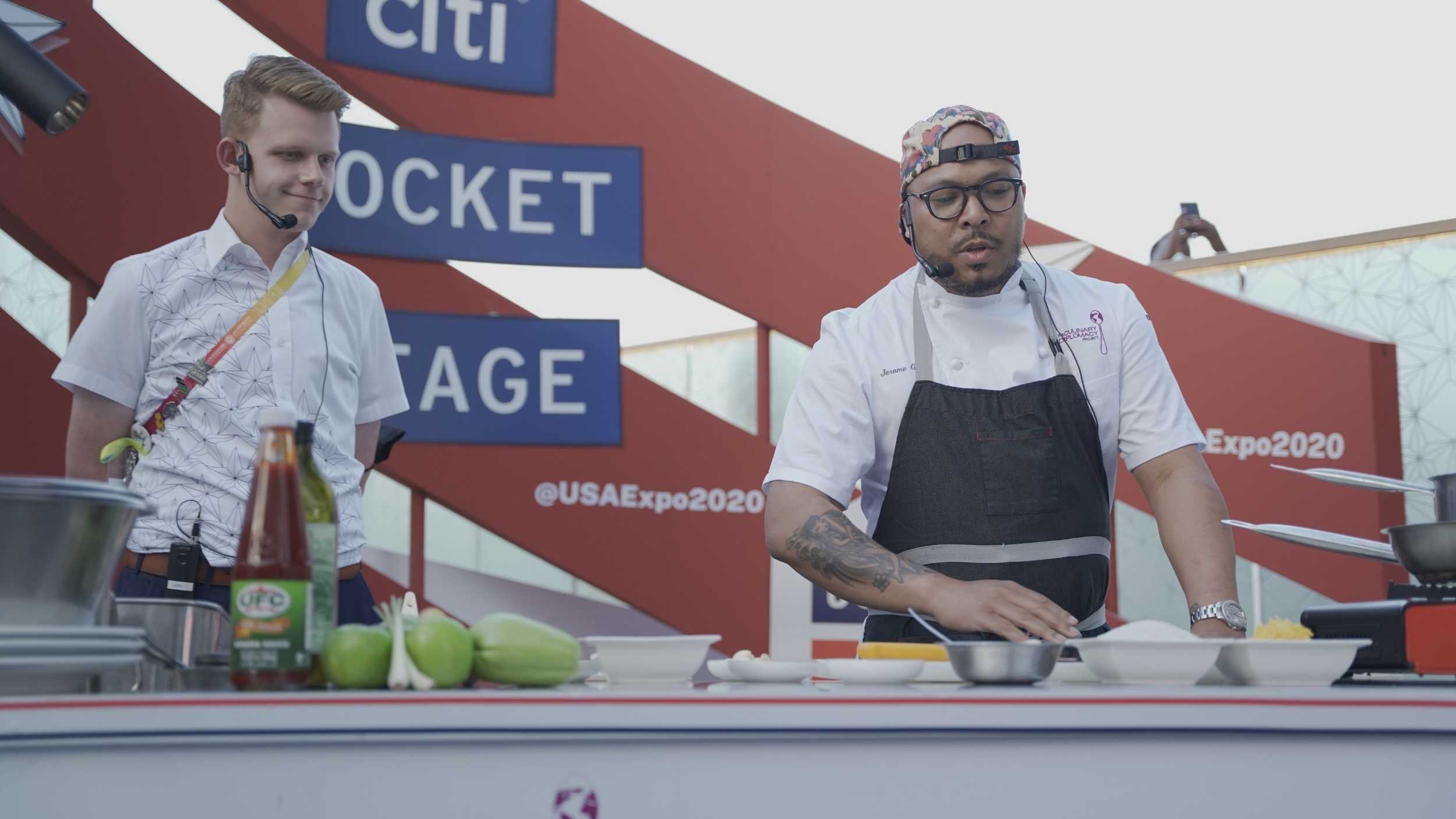 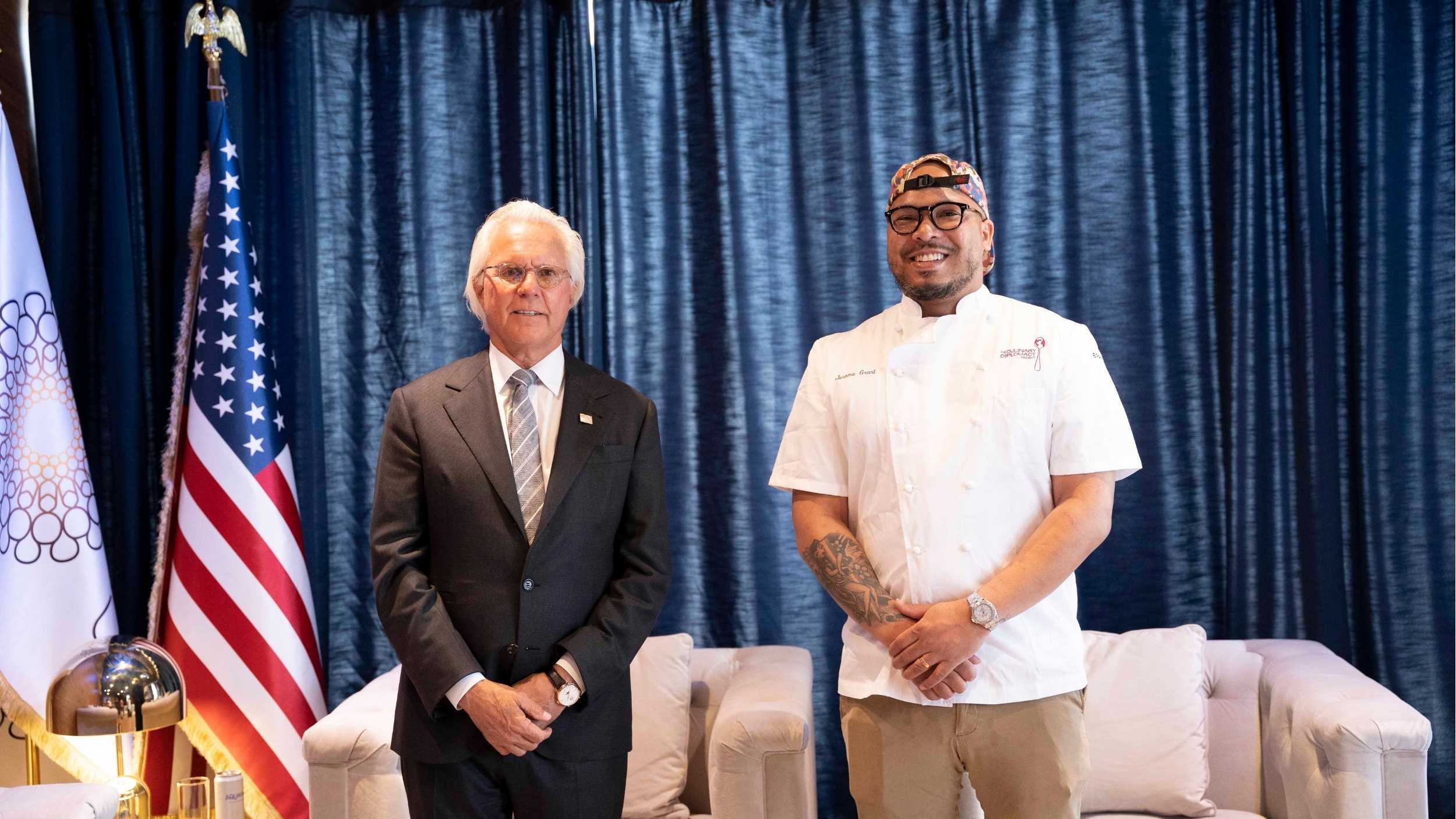 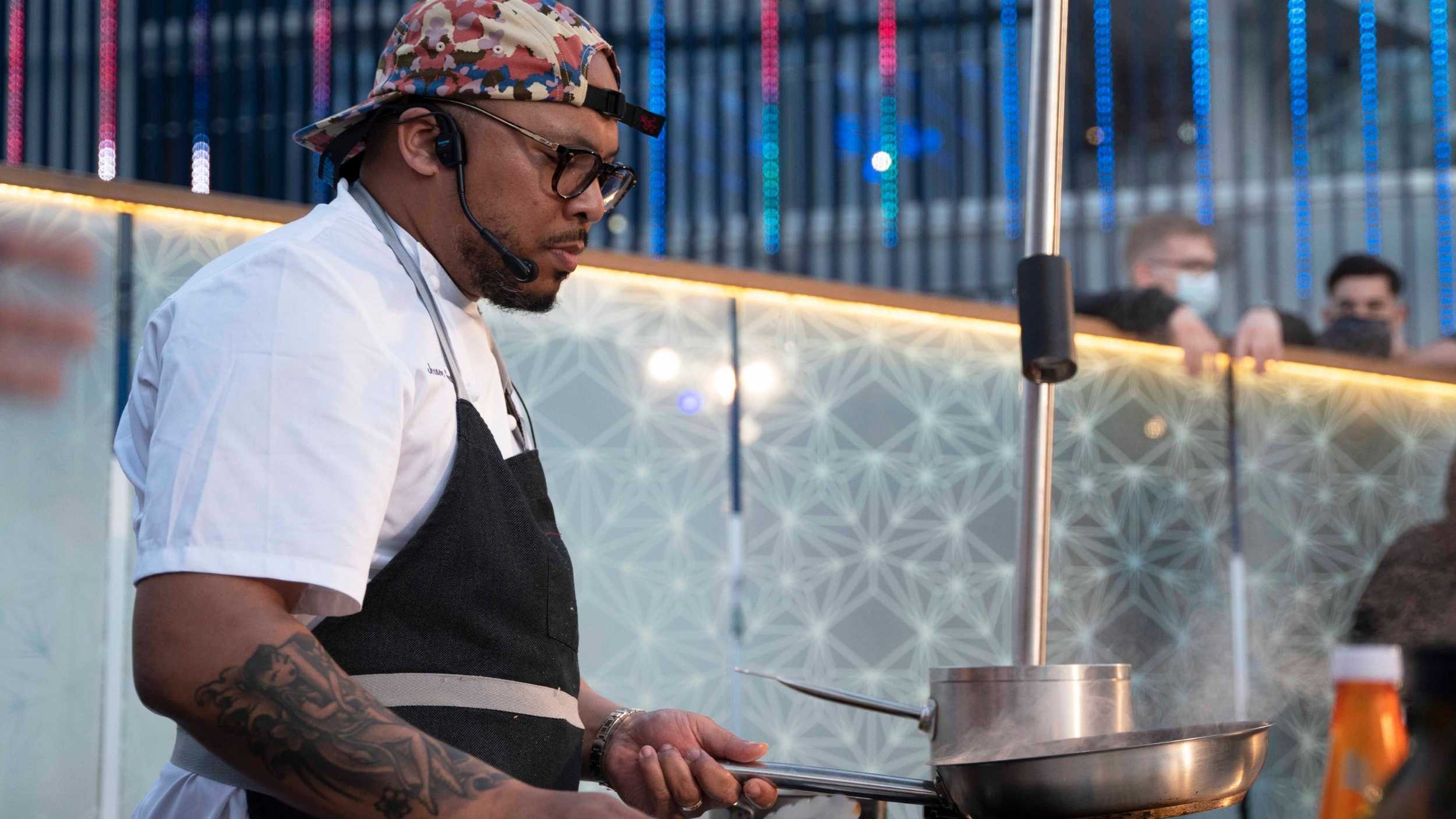 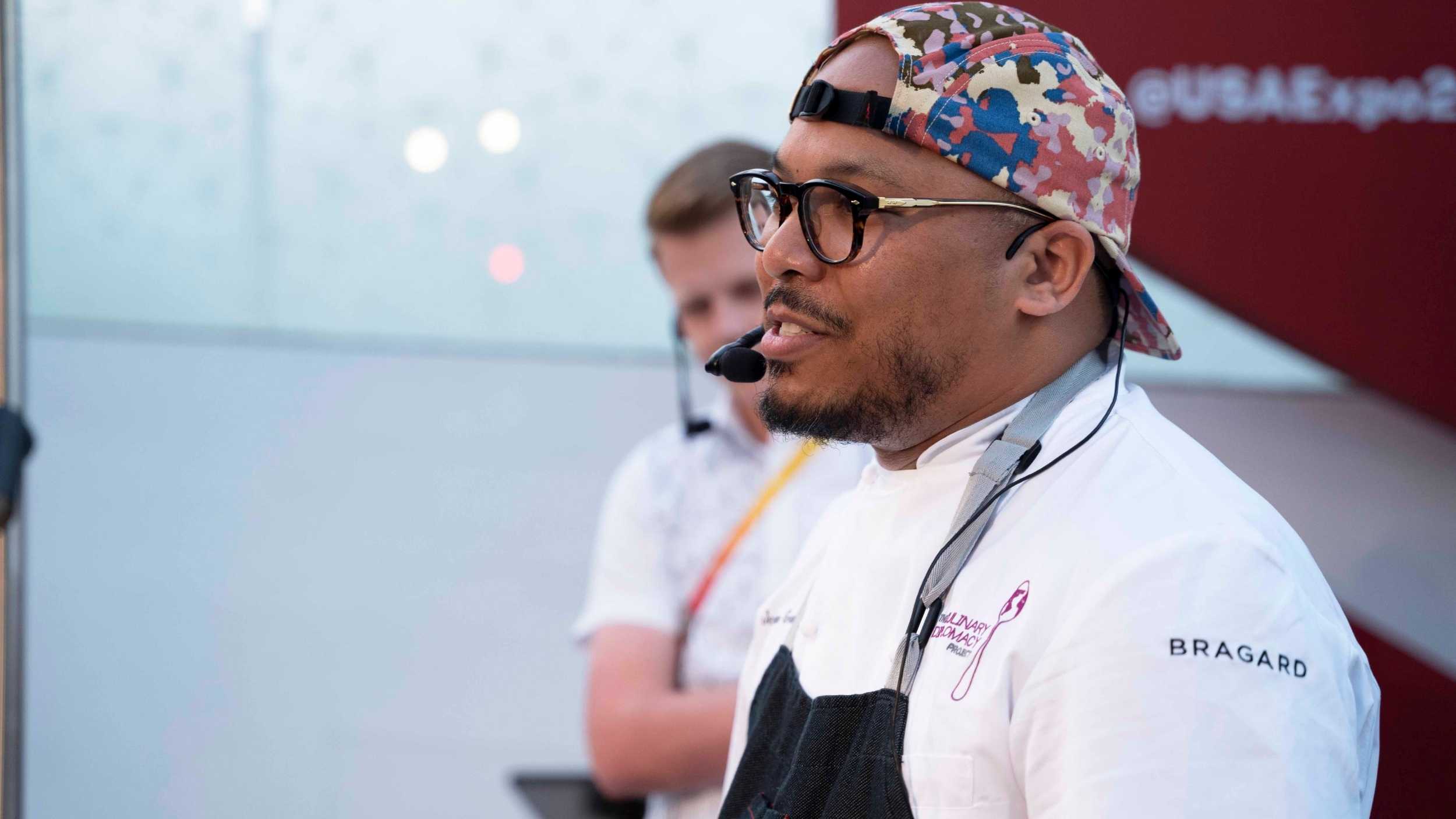